Myth Bust: Is Soy Bad for You? 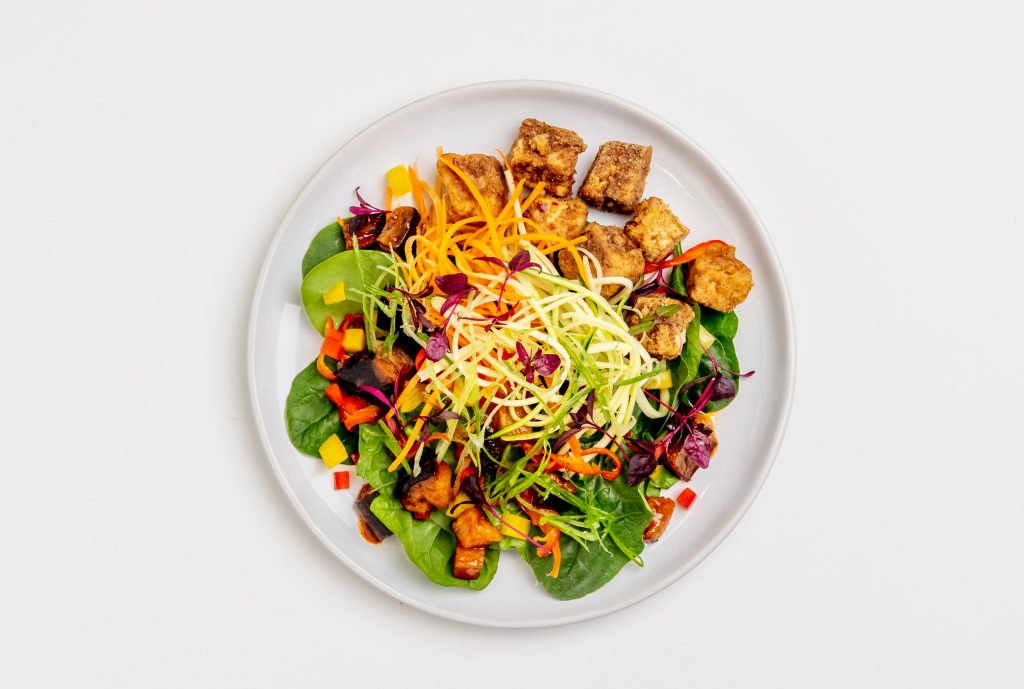 With the rise of plant-based diets, soy is becoming an increasingly popular food in the Western world, but did you know that soy has been consumed for centuries in China, before spreading to Japan and other Asian countries, and then, much later, to the rest of the world?

There are two ‘traditional’ types of soy:

Perhaps unsurprisingly, most of the soy consumed in the world is from unfermented products.

Soy initially got a bad rap from a poorly-written and investigated Men’s Health article in 2009, which stated: “There may be a hidden dark side to soy, one that has the power to undermine everything it means to be male”.

The article was taken from a case study of a male diagnosed with gynecomastia – the enlargement or swelling of breast tissue in males (yes, men have breast tissue, too!). It is most commonly caused by excessively high oestrogen levels in men or oestrogen levels that are out of balance with testosterone levels.

The subject of the case study was found to have oestrogen levels eight times higher than ‘normal’, which was, eventually pinned down to the amount of soy milk he was consuming.

What the Men’s Health article failed to emphasise though, was that the man was consuming almost 3.5 litres of soy milk every day. That would be considered even too much water, for a lot of people.

In 2019, Men’s Health then issued a mea culpa, stating that ‘soy is now totally okay to eat and is actually really delicious‘.

So, is soy actually bad for you? We’ve busted some popular soy-based myths below.

Myth 1: “Soy is not a good protein source”

Foods are ranked from 0 to 1, based on these factors. The higher the score, the better the quality of the protein. There are only three foods which have a score of 1 – egg white, casein (a milk protein) and, you guessed it, soy protein isolate. This compares with a score of 0.92 for beef protein.

Myth 2: “Soy is bad for the environment”

Truth: Soy is an environmentally-friendly alternative to a lot of milk and protein sources. A typical response to this is that ‘soy is the cause for a large amount of deforestation’, which in short, is true.

However, what people often fail to realise here, is that over 90% of soy grown is used to feed livestock. If average meat consumption is reduced, the amount of soy harvested would also be reduced, in turn meaning the amount of land required to grow soy would be reduced.

Individual soy products are not at fault here, as they account for less than 10% of soy grown.

Furthermore, like all legumes, soy is able to ‘fix’ nitrogen, essentially meaning that it converts the nitrogen present in the air into ammonia, which the plant can use to help grow – 78% of the air is composed of nitrogen.

More than half the nitrogen used for crop fertilisation is lost in to the environment, but when a plant makes its own nitrogen, that’s not the case. In fact, the amount of ammonia produced by nitrogen fixation rivals that of the world’s entire fertiliser industry.

Myth 3: “Soy contains hormones that mess with my body”

Truth: Soybeans are a uniquely high source of compounds known as isoflavones – plant-derived phytoestrogens (chemical compounds that occur naturally in plants and have oestrogenic properties). There are two predominant isoflavones in soy; genistein and daidzein.

These have a similar chemical structure to 17-β-estradiol – the main oestrogen produced by both men and women.

This, therefore, means that they can bind to oestrogen receptors and cause oestrogen-like effects under certain experimental conditions

Phytoestrogens are very different from the hormone oestrogen, and can sometimes induce complete opposite effects. We can look at this in the context of cholesterol and phytosterols – they have very similar chemical structures (see Image 1 below).

Furthermore, the number of tissues that phytoestrogens effect that oestrogen also effects, is very limited, which brings us to our next myth…

Myth 4: “Eating soy increases the oestrogen in my body, which isn’t good for me”

Truth: While the aforementioned case study does indeed show that this is a rare but true possibility, it is almost impossible if consuming the recommended amount of 2-4 servings a day (and not, say, 3.5 litres of soy milk a day).

Sourcing your energy from any one food is not recommended, whether that’s apples, soy or beef – variation in your diet is key in ensuring your body is receiving the nutrients it needs.

The oestrogen-like isoflavones contained by soy have actually been proven, both observationally and clinically, significantly effective in reducing the frequency and severity of hot flushes in menopausal women.

There have been previous concerns that oestrogen stimulates the growth of breast tumours. As you now know, the phytoestrogens contained in soy are not oestrogen itself, and as such, data from clinical studies has shown that neither soy nor isoflavones impact markers of breast cancer risk, including breast tissue density and breast cancer cell proliferation (growth).

The latter has even been shown to not be impacted by isoflavone intakes, even if intake far exceeds levels that are obtainable through the diet.

Observational studies have also found that among women with breast cancer, soy food consumption was significantly associated with decreased risk of death and recurrence, as well as post-diagnosis soy intake reducing risk of recurrence (16%*) and death (26%*) from breast cancer – both rates being statistically significant.

To conclude; soy can absolutely be included as part of a healthy and balanced diet, as long as it is not being consumed in complete excess, there are no side effects (as with most foods!).