Can you be an athlete and eat a plant-based diet? 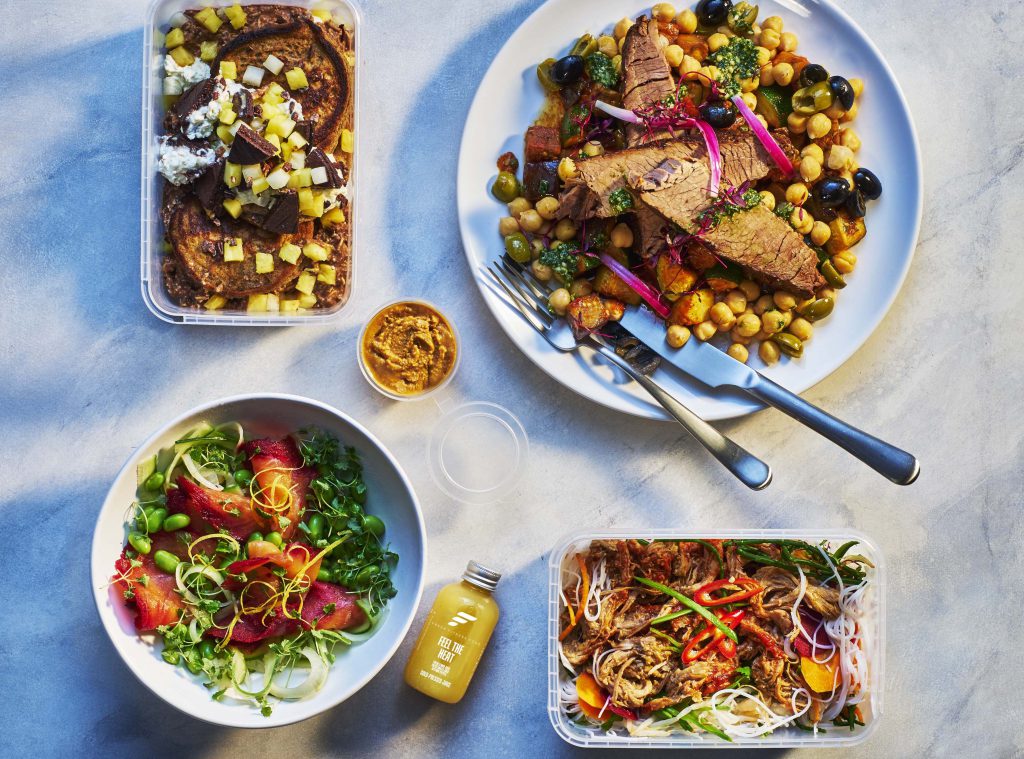 The number of people following a vegetarian or vegan diet has significantly increased in recent times as being vegan has become far more accessible to the general public. The food and drink industry has capitalised on the sharp rise in veganism, meaning we now see more plant-based meal options in supermarkets, restaurants, cafes, and across social media channels!

Those who are opting for vegan diets can range from working professionals to the health-conscious to the avid gym-goers. It appears that rationale for doing so often links back to factors including health, ethics and the environment or more commonly – a combination of all.

There still seems to be some controversy over whether an athlete can perform at their best while following a plant-based diet, and whether following this lifestyle means that they are missing out on essential nutrients.

Game Changers – should we believe the hype?

Last September, the Game Changers documentary was released, and it hailed the vegan diet as the way to go for optimal health and athletic performance but is this really the case or is it too good to be true?

Firstly, there are many conflicts of interest when it came to the production of the show itself. Many of those involved either owned vegan supplement companies or were involved in the industry in some way.

Secondly, you would usually expect a documentary to provide evidence and varied opinions, to allow you to make up your own mind; however, this was not the case in this instance. The documentary came across as rather one-sided and forceful with its claims and opinions.

The film cited some pretty bold claims, including a study that suggested beetroot juice can improve bench press by a staggering 19%. The study has since been reviewed, and the actual findings indicate that supplementing in this manner may have an anti-fatigue effect, rather than increasing strength. Claims such as these are just one example of many, which makes you start to question the validity of many of the statements made.

On the whole, I think the programme made it seem as though going vegan was the answer to all problems, in particular for athletes. I think it should be taken with a pinch of salt. Opting for more plant-based options is definitely beneficial, but plant exclusive is not for everyone.

If you’re highly active, it’s important to note that the fundamental universal principles of nutrition apply to athletes, whether opting for a plant-based or omnivorous diet.

There is a common misconception that consuming a vegan diet will make it impossible to reach particular daily macronutrient and micronutrient requirements such as protein, calcium and iron, which are essential for optimal performance. However, with careful selection and management of food choices, consuming a plant-based diet and performing at your peak is entirely possible!

Nutrients to watch out for:

Consuming inadequate amounts of protein while undergoing intense training can leave us feeling hungry, and can compromise our physical performance. Protein is required to rebuild muscle tissue that is broken down during training. If an inadequate amount of protein is consumed, an athlete may find themselves losing muscle mass and therefore losing strength. However, vegan protein is much easier to find than one might think. By incorporating lentils, chickpeas, beans, tempeh, quinoa and nuts into your diet, you can undoubtedly track towards the required amounts. That being said, while we would always advocate the food first approach, there are a large number of plant-based protein powders on the market which can be used to boost your protein intake if required. Powders are not necessary for everyone, as adequate protein can be obtained from many plant-based diets, but may need to be considered in some instances.

Dairy and meat are a rich source of dietary fat which is essential for the absorption of important fat-soluble vitamins such as vitamin A, D, E and K and by removing these, you will radically reduce your required intake. Omega 3’s have anti-inflammatory properties which work towards repairing any tissue damage caused by intense training. To ensure you are meeting your daily fat requirements, make sure you include flax seeds, nuts, hemp oil, quality olive oil and avocado in your diet.

The body uses calcium during muscle contractions and is often depleted in those who are following a vegan diet, simply because we are not well informed on plant-based sources of calcium. Oxalate is an organic compound found in many plant-based ingredients, and some research suggests that the body struggles to absorb calcium adequately from foods high in oxalates such as spinach. For a diverse diet to optimise calcium absorption include foods such as kale, sesame seeds, okra and almonds.

Maintaining iron levels whilst undergoing intense physical training is difficult even for those consuming an omnivorous diet. Iron is essential for athletes as it transports oxygen to the cells in the body, including muscle cells. Non-haem iron found in plant-based sources is less bioavailable than haem iron found in animal products. Consuming a good dose of vitamin C alongside iron-containing foods will ensure that iron absorption is maximised. Include dark leafy greens such as spinach and kale, seeds, nuts, and lentils to ensure you’re reaching your daily iron requirements. Vitamin C containing foods include berries and citrus fruits.

Vitamin B12 is present in animal-based products only; therefore, it is easy to become deficient in this nutrient when moving to a plant-based diet. B12 is essential for the synthesis of new cells such as red blood cells, and the repair of any damaged cells. It is recommended for vegans to take a vitamin B12 supplement, or incorporate foods fortified with vitamin B12 into their daily menu.

To conclude, it is possible to be an athlete and eat a plant-based diet as a vegan diet can support your nutritional requirements in most respects. It does undoubtedly take more planning and forward-thinking when it comes to ensuring you are consuming enough protein, and a healthy balance of the essential vitamins and minerals, especially if you are extremely active. It is important to be aware of this if you are considering opting for a plant-based diet.