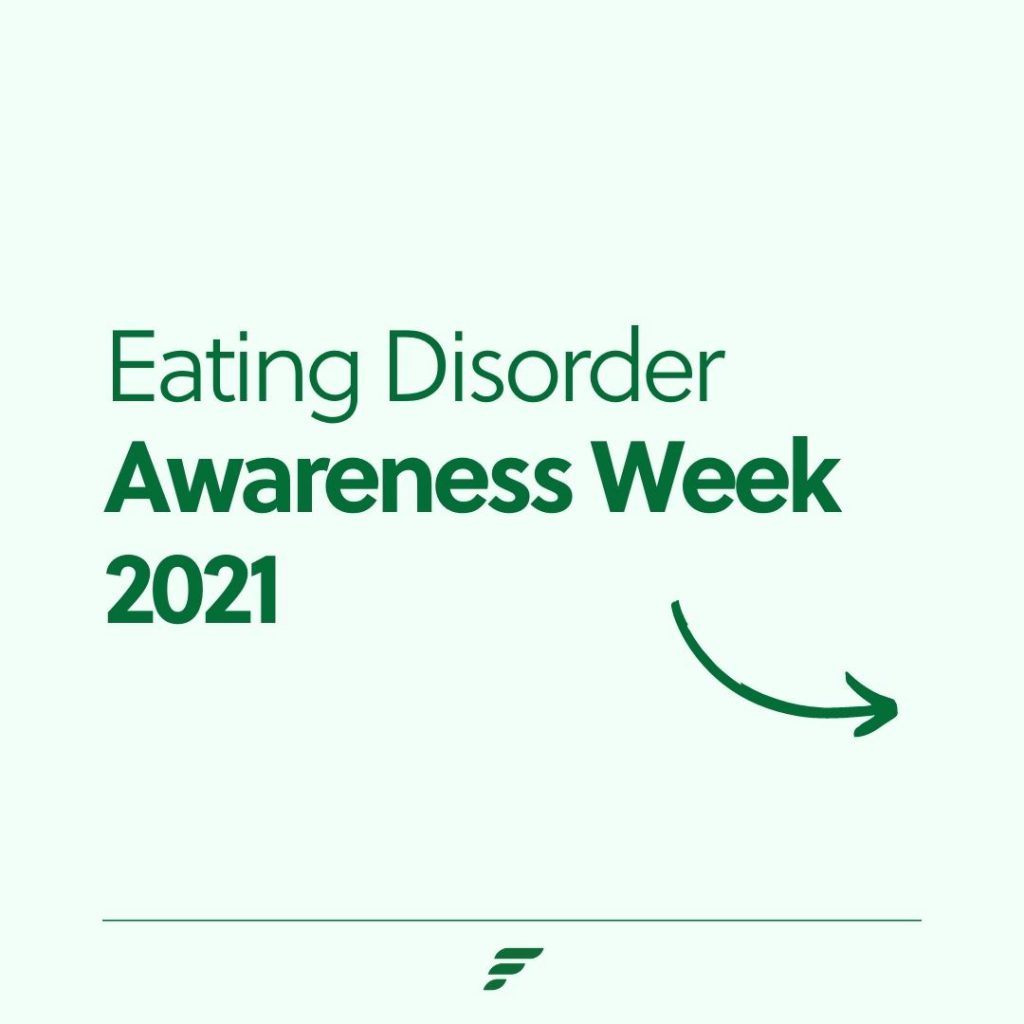 What are eating disorders?

Eating disorders are a group of serious mental illnesses based on an unhealthy relationship with food.

This can manifest in a variety of ways, including but not limited to;

There are also physical symptoms with eating disorders, which include:

There are eight different eating disorders, but most generally only know of:

Other eating disorders include:

What causes an eating disorder?

Eating disorders can be caused by a huge number of things, and it’s certainly not as simple as ‘just’ wanting to lose weight (although they’re no less valid if that is the initiating factor).

They can stem from family problems, a response to abuse or assault, family history/genetics (including a history of eating disorders, depression or drug and/or alcohol misuse), and general comments or criticism towards one’s eating habits, body shape, weight or size.

The latter can be particularly triggering for some – comments that indicate someone is “too big” or eating “too much” may lead to rapid and unhealthy weight loss as a result. If “praised” for being slim or not eating much either after losing weight or just in general, it can lead to an intense fear of weight (re)gain or of food, which can lead to overexercise, restriction, purging (such as the use of laxatives or emetics) or malnutrition, amongst other things.

Eating disorders can affect anyone, regardless of age, ethnicity, weight, social status, and so on.

“The misconception that eating disorders equate to thinness is therefore vastly incorrect, and extremely damaging.”

What is potentially further damaging is that those with anorexia who are not classed as having an ‘underweight’ BMI are diagnosed with ‘atypical’ anorexia nervosa, when in actuality, less than 6% of people with eating disorders are medically diagnosed as being underweight. This means that so-called ‘atypical’ anorexia, is actually very typical, with the minority of those with anorexia, and eating disorders in general, being clinically underweight.

The misconception that eating disorders equate to thinness is therefore vastly incorrect, and extremely damaging, as it perpetuates the idea that those suffering are not ‘truly ill’ until they look a certain way, which, with a mental illness, is counterintuitive in itself. This also tends to mean that those suffering end up more ill, as they think they need to lose more weight before they can be taken seriously, or until their illness is ‘validated’.

On the note of validation, because a lot of people do not appreciate how many eating disorders there are, and often just depict the stereotypes associated with anorexia when the term is mentioned, those suffering from Binge Eating Disorder, for example, often do not feel understood, as their illness involves excess eating, rather than restriction.

This is wrong and extremely harmful, and exactly why awareness needs to be raised.

Why is it important to raise awareness?

Raising awareness will greatly help those who are ill – if more people understand and are aware of the various eating disorders, it will make it easier for those suffering to reach out for help. They will feel seen, understood and reassured, rather than guilty, scared and upset.

There are many reasons why someone with an eating disorder may not reach out for help, with some of these reasons being fear of judgement, lack of empathy, being told to ‘just eat’.

Eating disorders are extremely complex, so being told to ‘get over it’ or to ‘just eat’ is extremely unhelpful, and will result in nothing but the individual feeling as though they can’t talk to you about their troubles, which can result in a more severe illness.

Avoid placing blame – an eating disorder is no one’s fault, and no one chooses to have one. Focus on listening, and avoid comparing their experience to someone else’s – you wouldn’t tell someone not to go to A&E with a broken leg just because their friend had broken their leg and their arm. Saying someone is ‘less ill’ than someone else is just as ridiculous with mental illness as it is with physical. Everyone deserves help.

Perhaps surprisingly, eating disorders have the highest mortality rate of all mental illnesses. This can be down to physiological occurrences, such as the complete shutdown of the body’s organs, a heart attack or arrhythmia, or, with the high prevalence of comorbidities with mental illness, some proportion of deaths are also attributed to suicides.

The sooner someone acknowledges their eating disorder and reaches out for help, the sooner they can start their recovery journey and the less likely they are to reach a point where bodily processes slow and/or shut down and are also less likely to relapse further down the line.